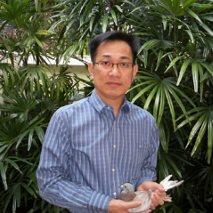 The pigeons did not waste time circling and headed south directly in apparently clear visibility and temperature of 17.6 Celsius at the liberation point. Some local and foreign fanciers started to come to the loft since 2.00 pm in expectation of early arrival since the weather seemed a lot better than the whole month before the race day. However, as the day progressed, people started taking off their T-shirts as mercury reached 34 Celsius in the sun.? At 15.30 pm when some local guru predicted first arrival, there was no news of pigeons approaching Bangkok. Then came anxiety and most people realized that it was going to be a hard race similar to the year before when the first two birds arrived home at 16.24 pm. Not that bad, at around 16.14 pm, camera crews and people on the observation tower pointed? to the North West direction when they saw a flock of six pigeons approaching at full speed. The pigeons spent more than a minute flying around the loft before five of them dropped on the landing board and one sat tight on the roof. A grizle hen led the group towards the drop holes and was recorded first at 16.17.35 p.m. It took only 18 seconds to time in the first five pigeons while the sixth spent 5 minutes longer on the roof and walked in just in time to beat the 7th arrival and the Queen?s Cup winner (being the first arrival among international entries) by only five seconds. Only 44 birds could come back when night fell but this number was much higher than last year when we had 17 day birds.? The second day saw 156 more arrivals and after three days a total of 228 pigeons made it home.? Although statistics improved when compared to last year, the pigeons could have done much better if flying condition was not as bad as it has been this whole racing season. Another race organized the same day from distance 60 km shorter with tail wind did not perform that well either. All club races this year have lost more than half of the birds going through half of the program only. Raced organized from 500 km three days after our race had no day bird and only 22 came back wothin the time limit the following day from more than 1,000 pigeons basketed. Bangkok has yet to see the real winter which normally would have started six weeks ago.

Winner of the race and the King?s Cup is a grizzle?cock entered by Dr. Teerachon Manomaipiboon, Deputy Governor of Bangkok Metropolis. She is predominantly from the old Thomas Peter origin. Her close relative also scored the 12th position in this race. Dr. Teerachon eventuallly bought the?pigeon back from the first bid winner for a record one million baht. Absoluutely, there was no price fixing. After his revenue sharing, he actually paid fourty percent of the auction price. He could easily afford that much since the winner earned for him a cool 1.2 million already.The second prize winner, only 2 seconds behind, is a small blue bar hen and sister of last year first prize winner owned by Mr. Vinai Kamolkasemsilp. Her blood line is a cocktail of Belgian origins i.e.? old Erik Limburg, Andre Litare and commaire Verbruggen. The owner bought her back at a decent amount in the auction. Third prize winner is a checq cock belonging to Kittikhun-Jirath-Prasit. He is a cross between a local long distance strain with Roger Florizone sort via Andre Cobrandt. The fourth pigeon belongs to Mr. Sornthep Gomutputra. She is a small black hen and a grand? daughter of Holland?s 1st Nat.Acepigeon Fondspiegel 2006, Jan Theelen sort. Winner of the Queen?s Cup and 7th overall was entered by Erik Reijnen from Alphen, Holland, who is a master in one day fond. The mother of this bird won big in other one loft races before. It appeared that long distance pigeons dominated the winner board but middle distance birds were more regular such as the winner of ACE pigeon title(28th final race))? plus the team championship also. She was a small blue?male pigeon?with 75% blood line of Houben?s ?Gold Wing?? entered by Mr. Somsak Thepsuthin. One middle distance pigeon worth mentioning is the 15th prize final winner. She was a close runner up ACE pigeon and also scored 1st in? two long training flights. Father is a son of the supper pair of the late Gerrit Lahuis- Koopman strain and the mother is a direct Jos Vercammen. She is also the fastest among all pooled pigeons. Vercammen pigeons performed outstandingly the past three years.? A local team, Neo Plus, sent by Thailand real top long distance performer of recent years, combination Kajorn & Adisak, had the best arrival records in the last two races. Their pigeons are mostly from middle distance pigeons imported long time ago (Klak, Mulemans, Gommaire etc.). Their secret was to enter the birds early and to vaccinate the youngsters against paratyphoid in addition to paramyxo and pox before sending the birds to TGPR loft. Performing below their usual standard and any one’s expectation was the team from UK Premier Stud which had dominated all training and hotspot races. This was the same situation faced by many top big name local fanciers whose pigeons normally performed well in tough races. Right or wrong, all the pigeons were treated equally the same way in our one loft race. There are more disappointed? souls than winners in any race and sportsmen do not complain. Besides having all the best pigeons, one also needs a bit of luck to win.? In this race the good and luckiest one ran fastest among the 5 pigeons on the landing board! 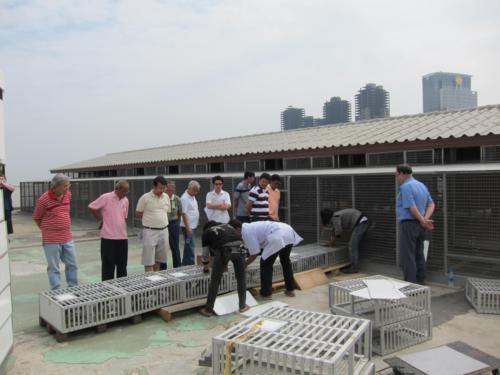 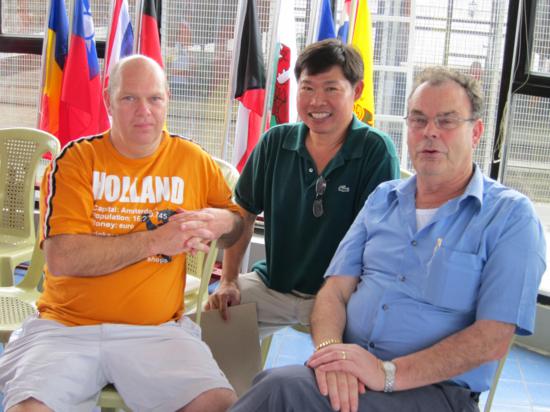 The head of Boxmeer clan (right). 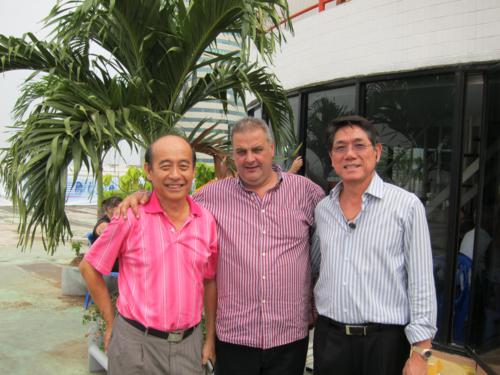 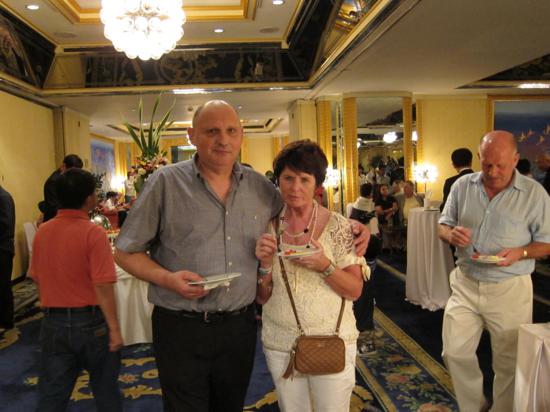 This picture is not allowed at home 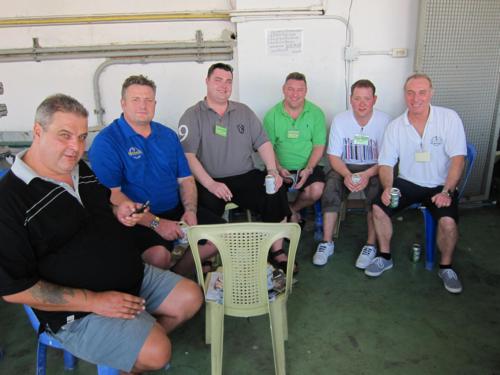 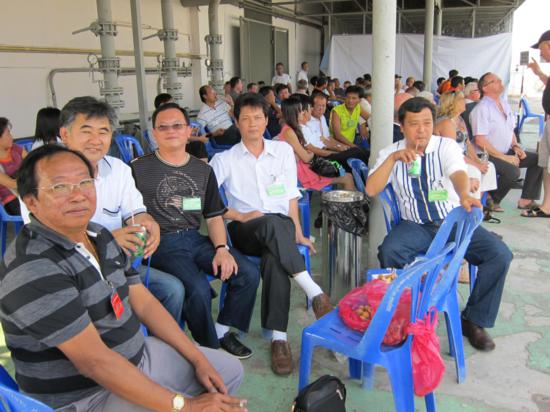 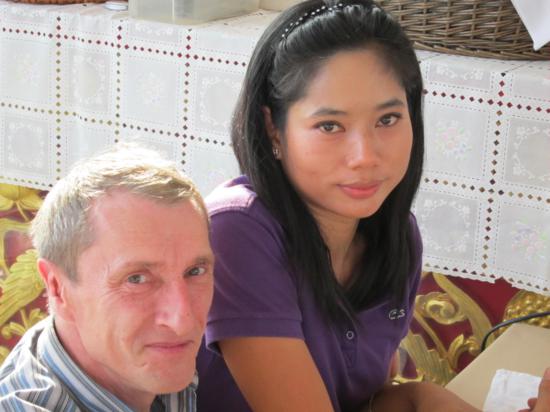 Hell0 ‘Mia’?I am all right here 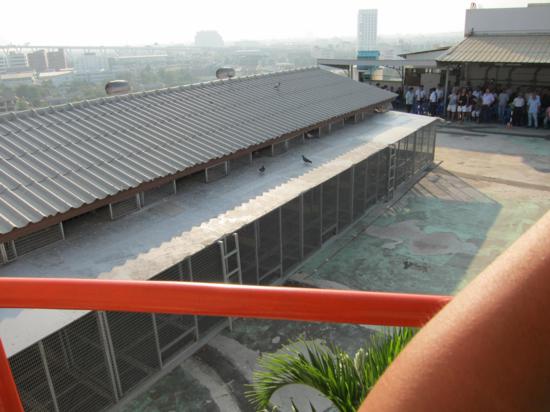 Group of first arrivals on landing board 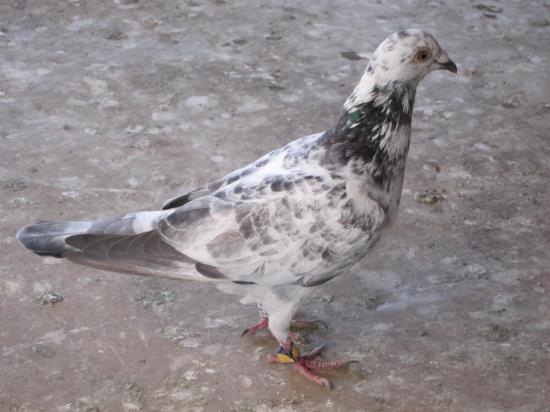 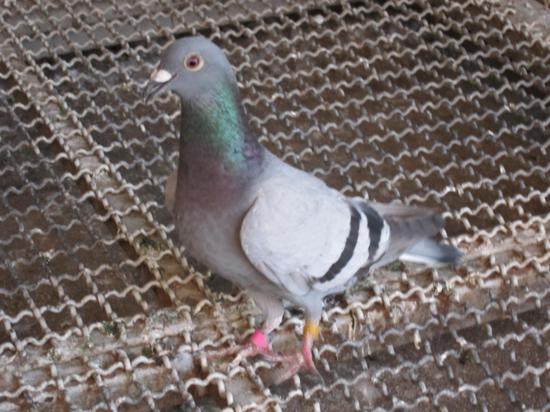 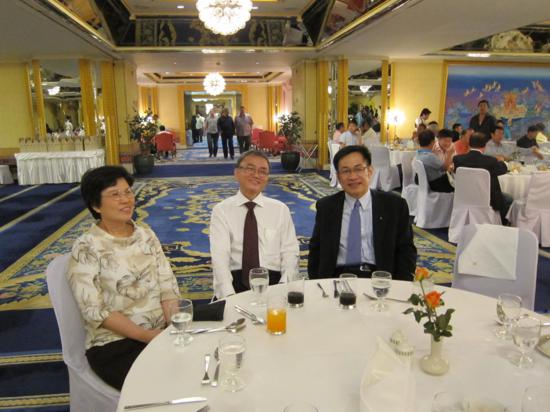 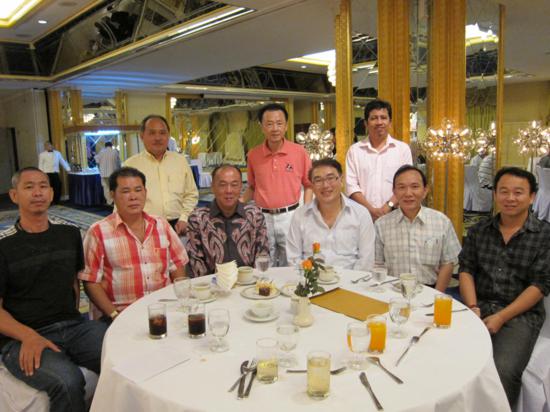 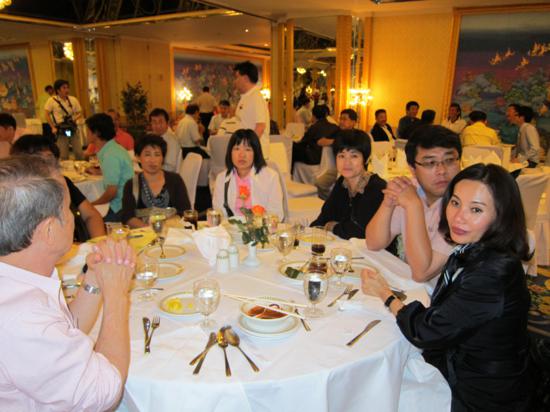 Beauties from the Mainland 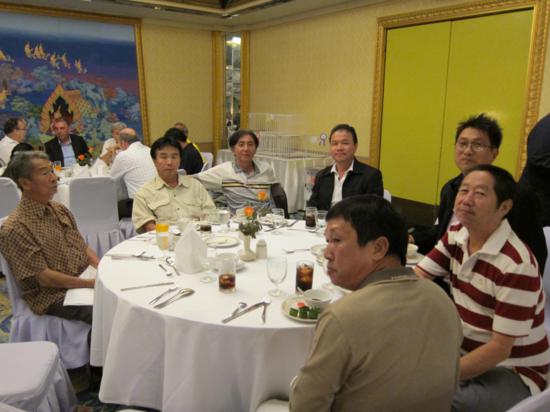 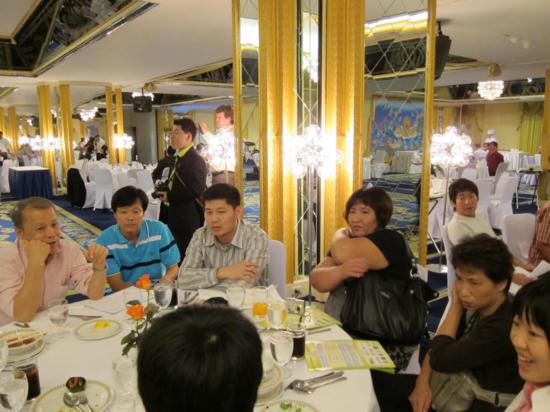 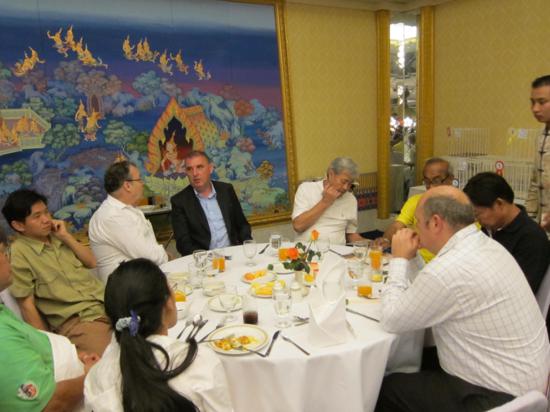 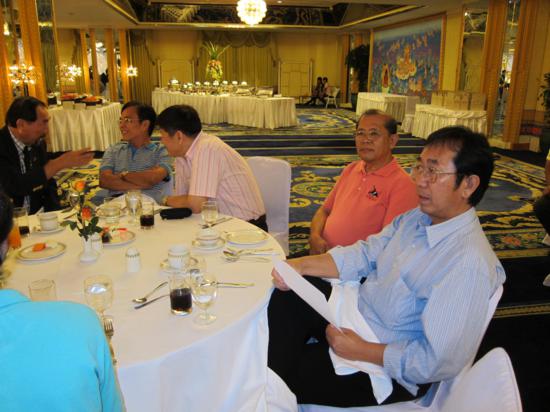 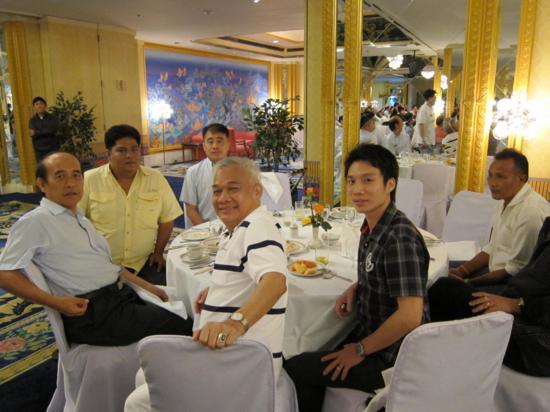 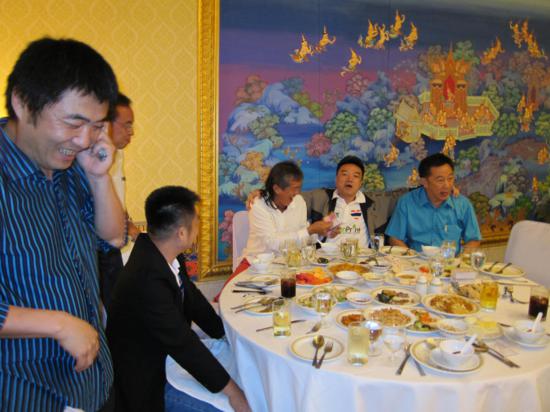 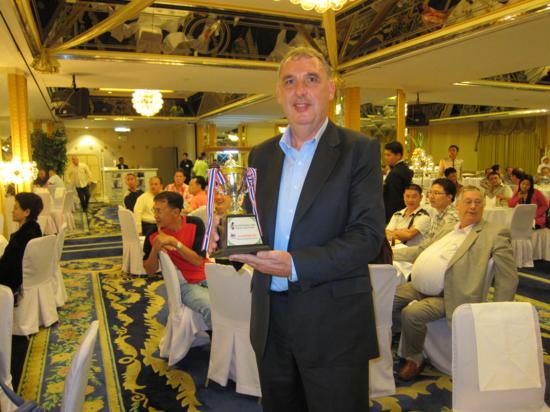 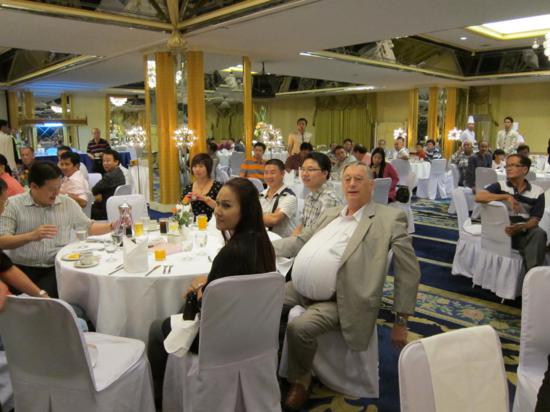 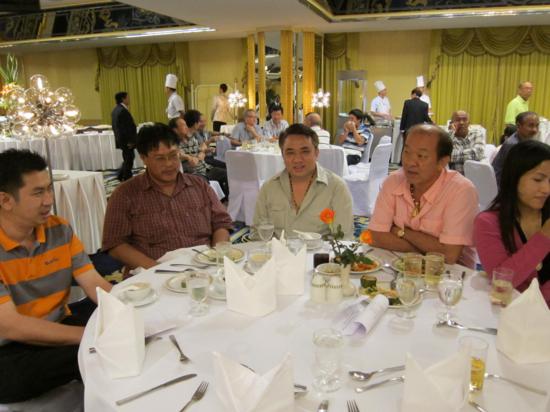 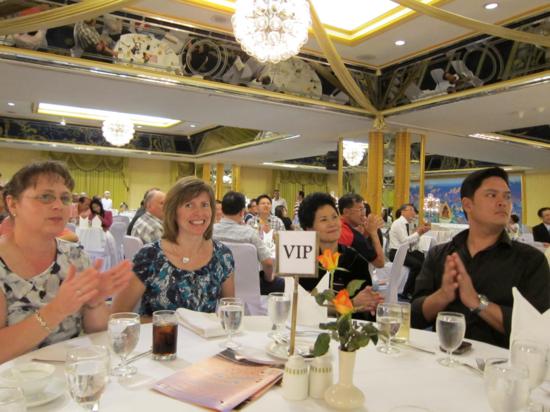 Beauties from Belgium (two on the left) 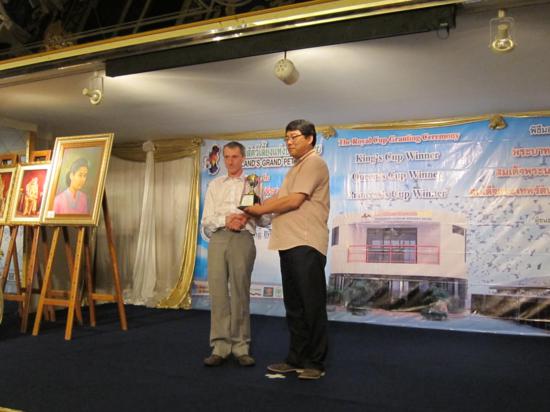 ?Winners of the first three positions