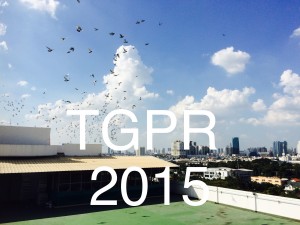 Racing program this year is basically the same as for 2014 race. There is no change of racing distances, entry fee, prize money and racing schedule. The only changes is the formula to calculate points for Ace pigeon competition. For the later change, the number of birds in each qualifying race will not be a factor in calculating the coefficient points because in doing so will favor winners of the shorter/easier races with higher number of birds. Only the distance of each race will be a denominator in the formula to reflect the higher value of pigeons winning longer/more difficult races especially the final  race. For one loft racing, the birds in each and all races are from the same base of originally registered pigeons. Survivors of later and more difficult races should not be penalized by having the reduced number of birds included as denominator in the formula.

Prize Money (For foreign participants: all prizes are in Euro)

If all the prizes are not taken by all arrivals up to the closing time frame, the remaining prize money will be shared equally among the pigeons that have met the time limit.

A team of five foreign pigeons will be allowed to select two nominated birds at the time of registration (10 birds are required in case of a local team). The winning team shall have the highest number of wins these two birds can jointly and severally score in all three races (a team must win at least on prize in each and all races). If there is a tie, the best (lowest) summation of positions won in the races will decide the winner. If there is still a tie, the team with the earlier prize in the final race shall be the winner. If no team can meet this criterion, the money prize for this competition will be used to increase the number of prize from 30 to 40 in Hotspot 1 and Hotspot 2 races.

If any of the team’s two nominated pigeons wins the final first prize, the owner shall receive a special bonus of Baht 200,000 (Euro 4,000)

The pigeon that has the lowest sum of coefficients from all the three races shall be declared the first ACE pigeon
Formula to calculate coefficient of each race is as follow:

Coefficient =  (position won within the first 15 % of pigeons in the race / direct air distance of that race)
The first ACE bird will receive a  trophy and Euro 2,000; second ACE bird Euro 1,200 and third Ace bird Euro 800

Note: All money prizes and proceeds from auction will be paid to foreign participants in Euro at the fixed exchange rate of Baht 50 per 1 Euro.

Honorary Board of Directors