Eight hundred and sixty four survivors of the disastrous road training from 260 km a week earlier were basked for the first hot spot race from 330 km. This number represented 48 % of the original total registered number of pigeons for this year race, probably one of the lowest percentage of survival after 22 training flights up to 260 km. If we have to find an explanation for this situation, it should be because of the longer duration of the raining season and the extreme heat on certain training dates. On the last training from 260 km before the first hotspot race, it was a very hot day with poor visibility along the flight path causing a big loss of over three hundred pigeons in one go. Nonetheless, our statistics can be compared very comfortably to other OLR and club races over the same period. One club which raced similar distance a few days after our last training had less than 30% of day birds with subsequent big losses. To say that most of the active fanciers have lost more than 65% up to date in this racing season would be agreed by local racing community. Back to our Hotspot 1 race on November 20th, among the total basketed birds, 487 were of local sources and 377 were from abroad. Six countries from the Middle East had 153 birds remaining in the race followed by 85 from China, 75 from U.K., 29 from Belgium, 23 from Netherlands, 10 from France and 2 from Spain.

The pigeons were released from 330 km about 10 * north of Bangkok at 6.50 am on November 20 in apparently good weather. They didn’t lose much time circling and headed the home bounded direction. Back in Bangkok it was a warm morning with sort of cloudy sky. It was a day with no tail wind but with high temperature. We expected the winning speed of around 1300 mpm would be good for the day which meant the birds should be home within four and a quarter hours or by 11.05 am. In fact we were almost right as the first group of 24 pigeons arrived just a few minutes after the predicted time. They were all clocked in within one minute starting from 11.08.09.10 am at the speed of 1,278.318 mpm. What we didn’t expect was it would take so long for the rest of the racers to come back as it took 40 minutes for the first hundred to come home. In the first race day, only 363 pigeons made it home and in all about 670 pigeons came back. Again. An unlucky day with big loss. Winning the first prize is a Dutch pigeon NL 15-1851552 entered by Mr. Antoon Van Oort. It is a dark cheq male pigeon in the pink of health with excellent eyes and very nice in hand. His father is a long distance pigeon of Jellema/Vervuurt stain and the mother is from Arie Dijkstra. She is also the mother of NL 14-1212479 which last year won 22nd position in Hotspot 1 and 57th in our final race. Aton sent us the pedigree of his winner with some explanation which made it possible for us to add interesting information about the wining bird. We hope other owners will do the same in the future. The second prize winner, R15-13553, is a blauw-witpen hen from Mr. Viboon from Ban Lam province. She spent longer time on the landing board and entered the loft 6.6 seconds later. Third prize winner, only 1.5 second further behind, was also a local entry by Mr. Suwat Ruengyot from Bangkok. This pigeon is a blue cheq cock with complete body molt and full flight feathers. Split second behind the third prize winner was a really beautiful hen form Douthwaite & Bolton from England. This hen looks promising going forward. There were five foreign birds in the top ten positions reflecting the excellent quality of their origins. Worth mentioning were the 6th position of Mr. Jia Biao from China and the 10th position of Mr. Jassim Alkulaib from Kuwait. Both pigeons had excellent flying records in past training flights.

Weather condition became better a week after our first hotspot race. In the 23rd training flight from 135 km on November 27, first arriving group attained the speed of 1487 mpm and more than 92 % of the basketed birds arrived home within one hour. Only a couple birds were missing so far. We hope the weather be as good or better on our second hotspot race on the third day of December. 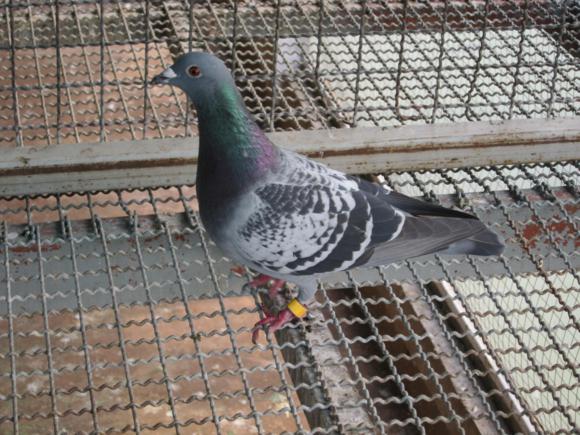 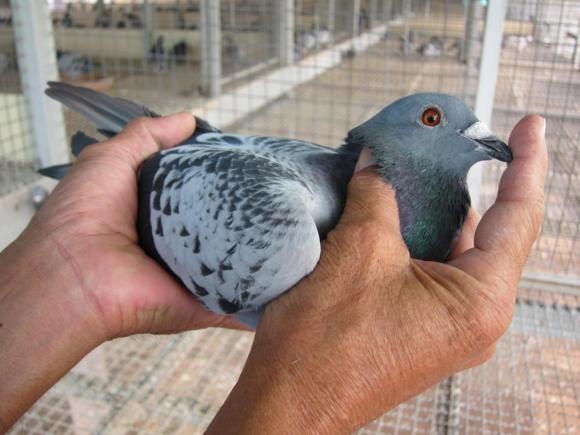 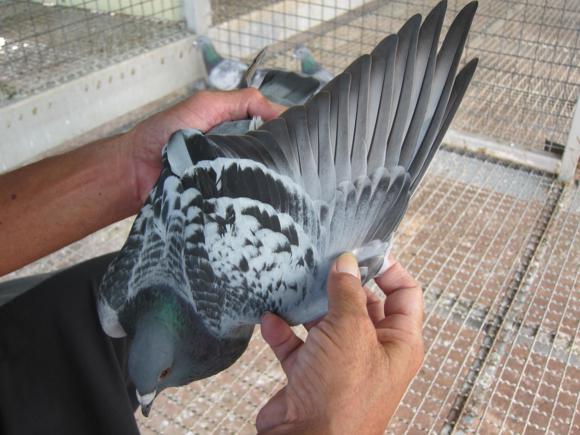 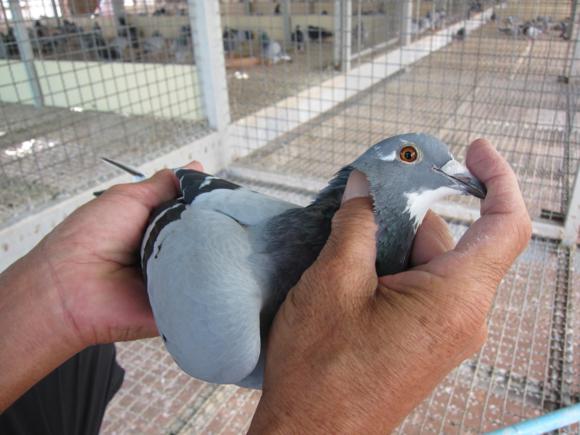 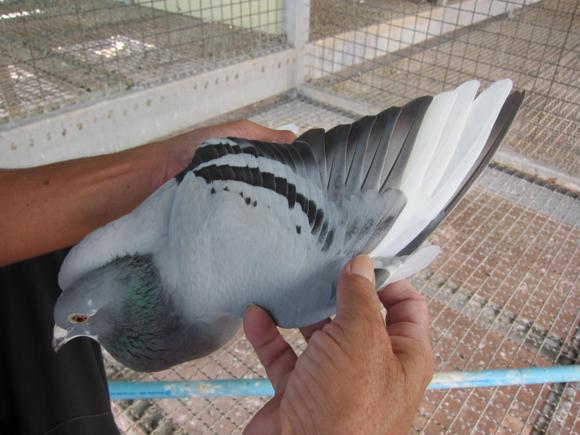 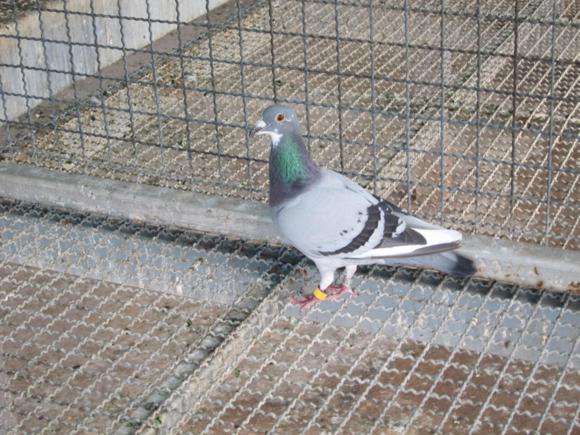 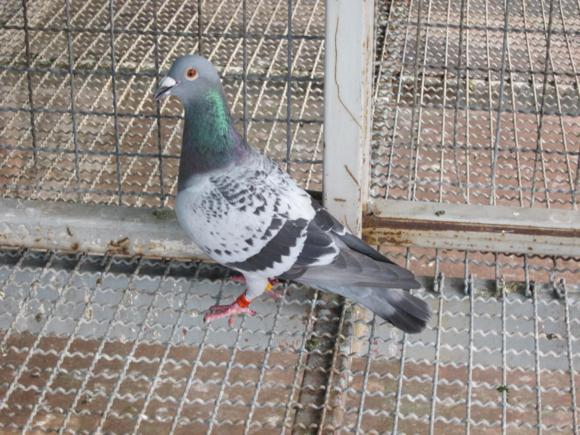 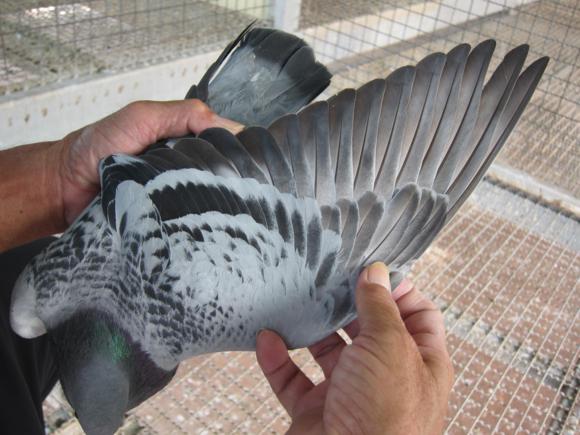 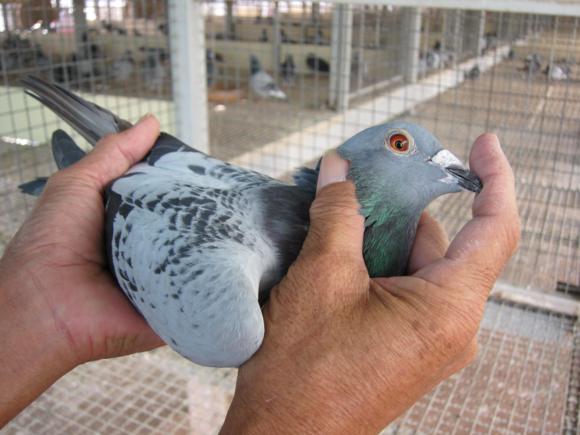 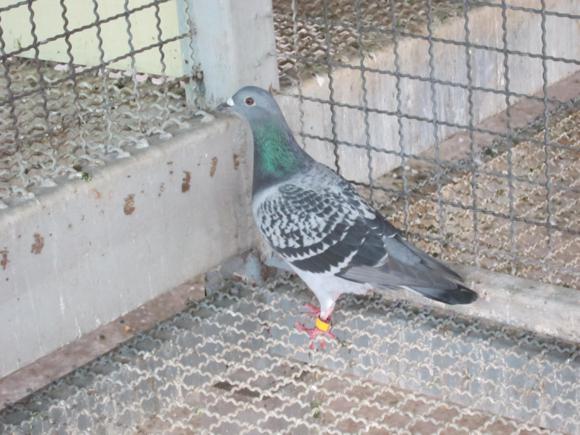 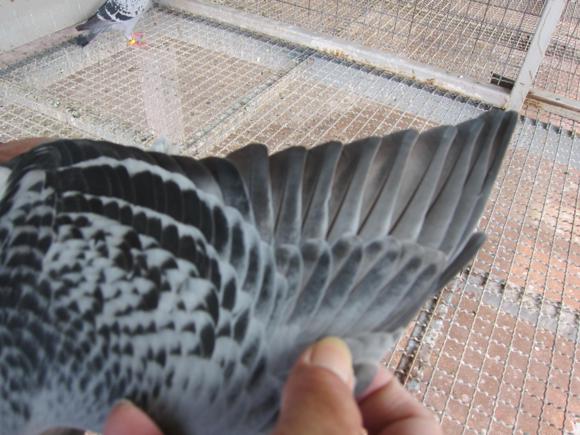 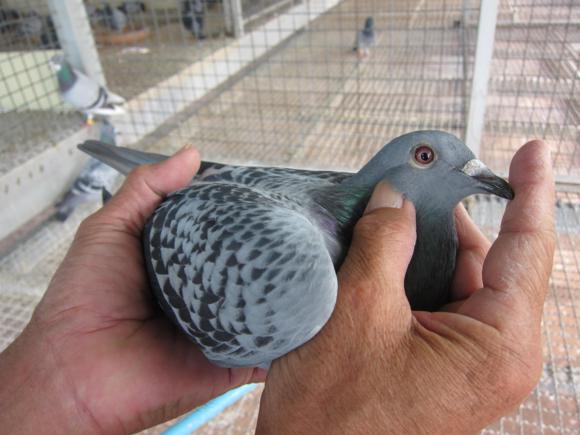