Six hundred and seventy eight pigeons were basketed for Hotspot 2. Local birds, 384 of them, accounted for 56.63 % of the total while the Middle East countries coming next with126 pigeons. Among these were 74 pigeons from Qatar, 45 from Kuwait and the rest from Bahrain, Saudi Arabia, the Emirates and Egypt. China contributed 63 pigeons to this race and followed closely by United Kingdoms with 54 birds. For the European teams, 21 were from Belgium, 19 from Nederland, 9 from France and 2 from Spain.

This 430 km race from Uttaradit is considered Thailand’s classic middle distance race from the north. The birds were released at 7.00 am on December 3, 2015 in seemingly good weather condition but it was not to be like that further down the flight route. The month of December was supposed to be in mid-winter with temperature of about 20 Celsius plus minus during the day in the north and less than 30 Celsius in the central plane including Bangkok.  Actual temperature on that race day was above 34-35 Celsius without any helping wind from the northeast. A few months earlier, it was a torrid raining season and water supply in all major reservoirs was depleted. This has entailed a very hot winter time and more difficulty would be unavoidable in the coming summer starting March. In a day with good weather condition, racing from Uttaradit would take about 5.5-6 hours. When that time frame passed, the waiting crowd realized that it was not going to be an easy race. As it turned out, the first group of seven pigeons arrived home at about 13.07 pm and the first pigeon was clocked in at 13.08.19 pm achieving a speed of 1167.474 mpm. The second prize winner was only a split second behind with a speed of 1167.437 mpm. All seven birds entered the loft in 13 seconds. The second group of five pigeons arrived two minutes after and followed a minute later by three more pigeons. It took a long wait of more than five minutes for the next pigeon to return. The first fifty pigeons took half an hour to come home. Two hundred and fifty one pigeons or 38.64% of total in the race made it home in one day. This percentage could be compared favourably, if not better, with club races during the same week. In all, we lost about 20% of the pigeons in this race. It is noteworthy that foreign birds performed very well winning all two hotspot races. Their percentage of losses was also better than that of the host country.

The first prize winner was a nominated birds of Mr. Abdullah Salem Al Sefi from Qatar. Its ring number is QTR 15-90914 NA. She is a beautiful blue hen with complete wing feathers and, of course, in the best of health. It was a pity we could not obtain any information about her pedigree from the owner.

The second prize winner is the most beautiful hen from Douthwaite & Bolton from England. She was a nominated bird with ring number GB 15 Z 92056 (NA). She was only 0.70 second behind the first bird. This hen won 4th prize in Hotspot 1 and was then predicted to do well in future races. With this second prize won, this hen would be the ace pigeon if she win any prize in the final race. She also has a very impressive pedigree. Her father is a son of Marcel Wouters’ ‘Young Extreem’ when paired to a granddaughter of Geerinckx’s ‘Gladiato’. Her mother is bred from a brother of Benny Stevenrinck’s ’Chipo’. All are famous one day middle distance pigeons of Belgium.

The thirds prize winner: RPIA 15-19964 was entered by Dr. Wanlop Chiaravanont and was bred for him by the Teechavichian brothers. Dr Wanlop also won the second prize in Hotspot 2 last year. 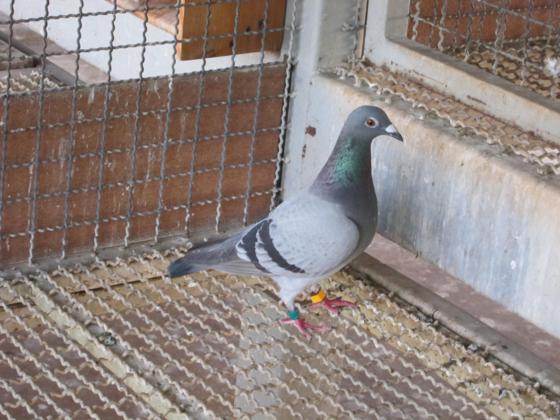 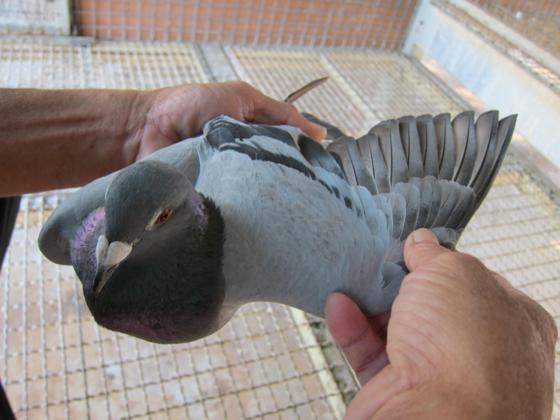 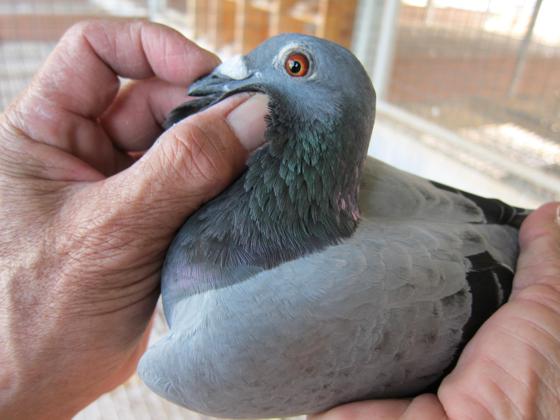 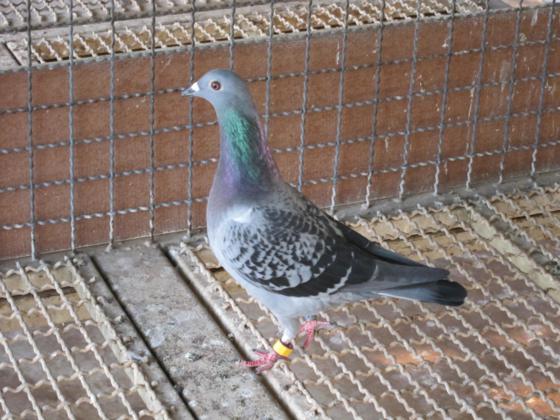 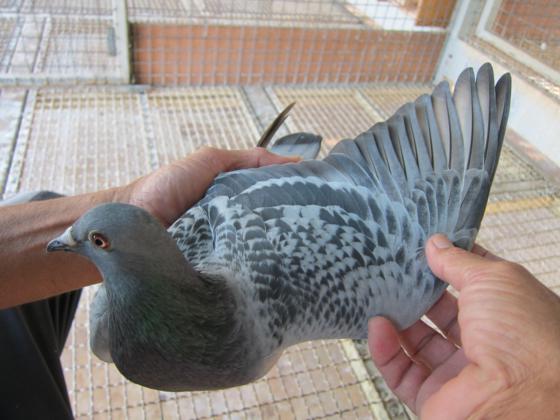 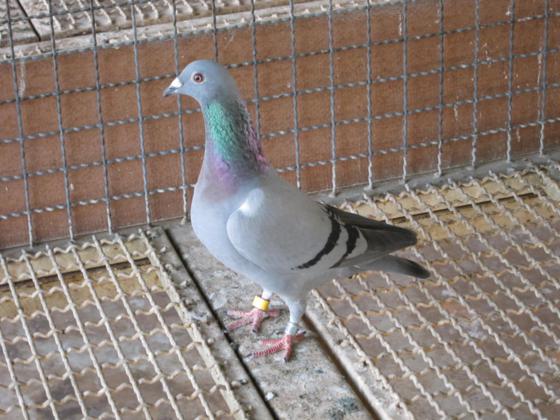 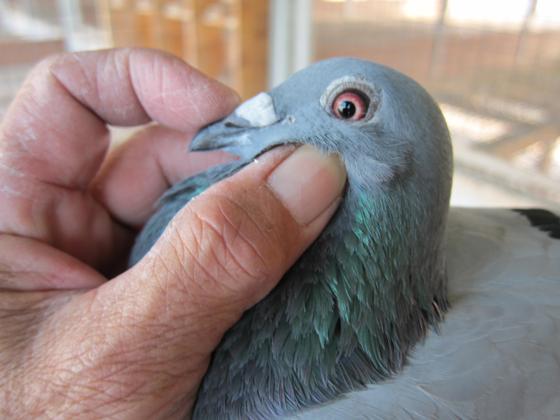 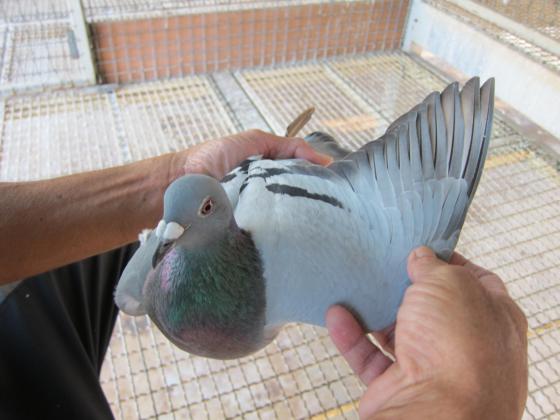