Due to the improved weather conditions the 9th edition of Thailand One Loft Race 2016 was rescheduled on Saturday 14 January 2017, a day earlier than planned. The pigeons were liberated in the west end of Nan close to the bordering Prae Province, almost directly north of Bangkok, for the final race of 500 km to Bangkok. Having gone through 25 road trainings up to 200 km and two distance hot spot races up to 330 km, 650 pigeons were released at 7.15am to participate the 9th Final King’s Cup Race. It was   cool and very foggy in the morning at the release point but the temperature built up as time progressed and the route continued south worth. The birds had to navigate through mountain ranges during the first 40-50 km and fight the strong side wind up to 30-35 km/hour from the northeast. At destination, it was hot and humid especially in Bangkok. That was typical of racing from the north in a bad day this time of the year as evidenced by the fact that all local club have lost more than 80% of their birds so far this season. Racing from the northeast with wind in the back and flat terrain is thus more friendly to the birds.

It was clearly from the beginning that it would become a tough race as the winning bird was clocked in at exactly 2:42:24pm on the roof-deck of the nine storey SCG building in the prime area of Thailand’s capital, with a speed of only 1117.531 mpm. After three consecutive winners from Thailand the greatest honor this year was for a foreign team from Europe. Team Bagillt from Wales (UK-entered by Richard Millington and John Davies, is to be honored as winner of the Final King’s Cup Race 2016. Second prize winner is team Blue Blood (Thailand-entered by Sornthep Gomutputra) with C16-09288, a bird that arrived at 2:46pm, almost 4 minutes later than the winner. Attentive spectators from home and abroad then had to wait over another three-quarters of an hour until 3:20pm for the third prize winner, the domestic team Nan-Fah (Thailand, by Phillip Vuthivarathorn). Clocked two seconds behind was H16-609366 the fourth birds sent by Limburg Loft (Thailand). For the past four consecutive years this name has always been in the top four of the final races.

On the first day only 28 pigeons arrived their home in Bangkok. Only 9 birds attained flying speed above 1,000 mpm while the rest of the field fastest one was only 860.353 mpm. The next day saw 328 more birds coming and when the clock was stopped at 5.00 pm on the third day, 420 birds had returned home. A total of 1,476 were registered for TGPR 2016. This number includes 1,228 local entries and 248 from foreign sources (16,80%).  In conclusion, the TGPR 2016 maintained its status as one of the fairest but also difficult one loft races worldwide:

International entries have proven again that they were not handicapped by the local conditions. 4 birds were positioned within the top 10 places in the final result: the winning team, Rogers & Simpkin (10th place) from UK, Jassim Alkulaib (6th pace) from Kuwait and Zhao Qiang (9th place) from China. Jassim had 9 birds back from 10 sent to the final while Zhao Qiang had 11 from 16 sent. 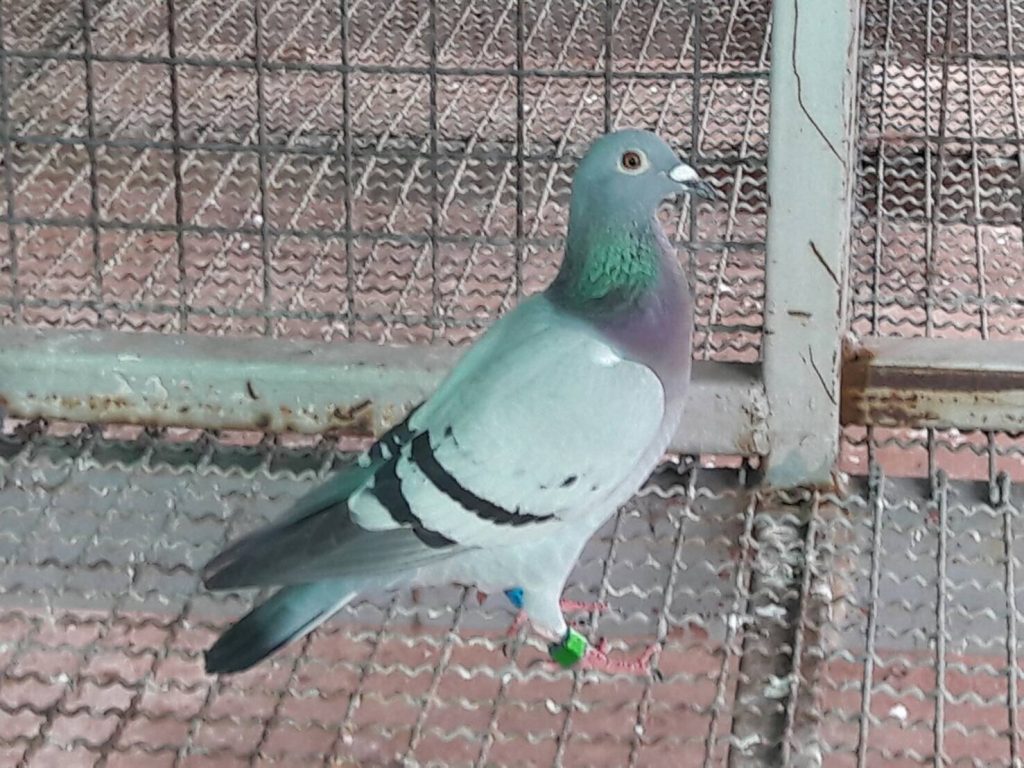 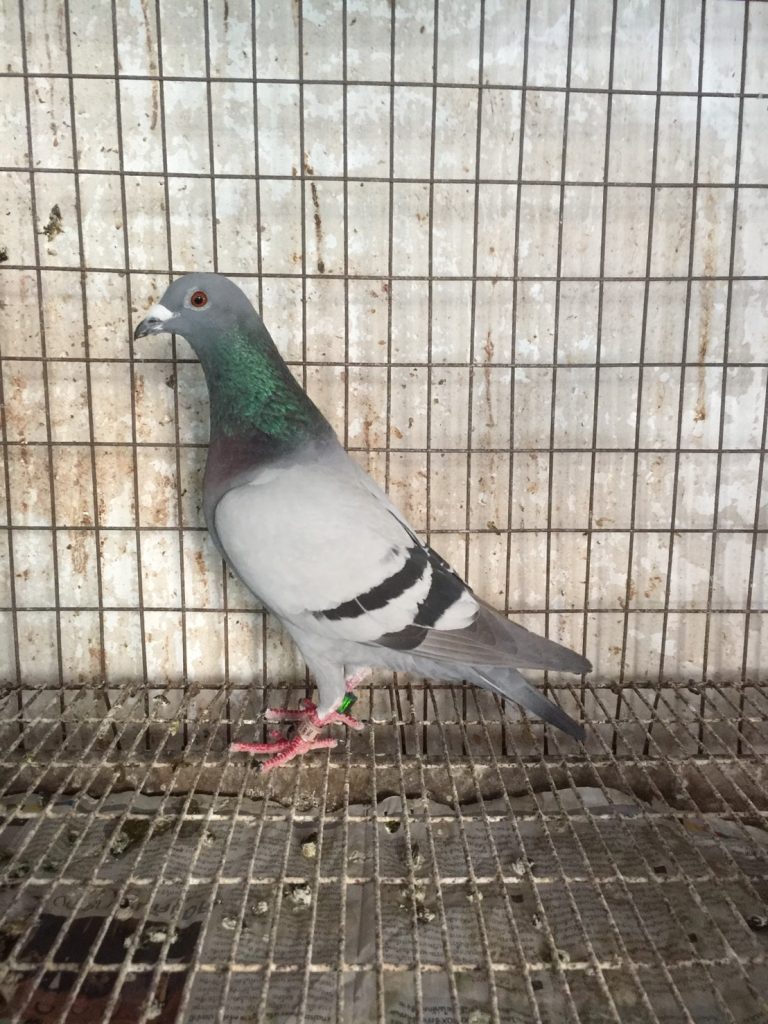 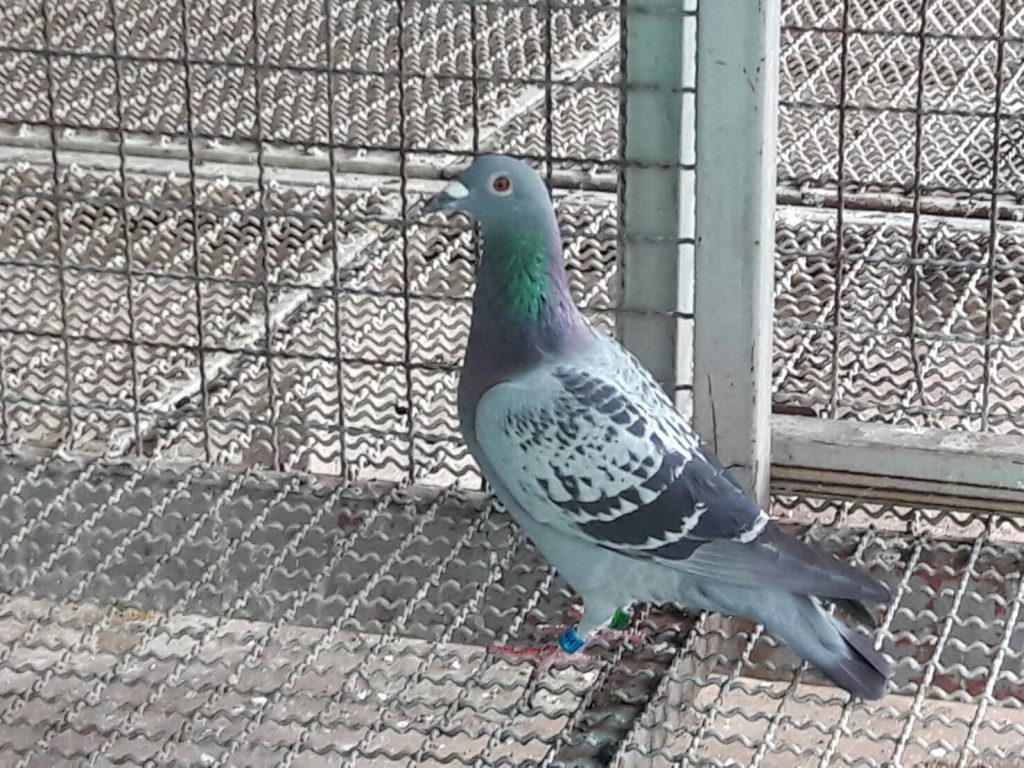 Before the final race two hotspot races with a distance of 260 and 330 km respectively were held. The first hotspot race took place on 9 December 2016 and was won by Dr. Wanlop Chieravanont  (Thailand). The second hotspot race on 23 December 2016 was won by Jia Biao (Thailand). The King’s Cup winner also secured the first Ace Pigeon title with 2,000 EUR having won the 1st place in Hotspot 1(1026 pigeons) and 108th in Hotspot 2 (884 pigeons). It is also the first among international entries and thus won additional 1,600 EURO that goes with the title. In all, the UK winner collected 27,600 EURO, exactly the same feast that was achieved by “Home Alone” of Chris Hebberecht in 2008. The first prize winner, now in possession of Blue Blood Loft, is beautiful blue hen of medium size. Her father is from a Syndicate loft cock when paired to a hen from C. j.  de Heijde which in turn is a cross between Hermemans-Cesters and Etienne Meirlaen x Jan Hooymans “Lady Future”. Mother of the winner is Marijke Vink’s ‘Tips” line coupled with Gaby Vandenabeel hen. The second prize winner, C16-09288, is a medium-size blue cock whose father is grandson from Chris Hebberecht’s Champion paired with a granddaughter of Koopman’s “Mr. Emmerveen”. The mother is from 1st winner from 730 km paired with 2nd winner (Gaby Vandenabeel line) also from 730 km, both parents won in the same year at Blue Blood Loft.  The third prize winner is a strong chec cock from long time local strain with good track records of distance races.

A shadow on the event this year was unfortunately the sudden death in Thailand of pigeon fancier and OLR icon Mike Cooney (Manchester, England) about a week ago, who won TGPR 2012 and was also the breeder of the winner TGPR 2013. At the moment that one of Mike’s pigeons entered the roof for the 12th position, present pigeon fanciers felt a great sadness and emptiness.

Fanciers who want to participate the 10th anniversary edition of the Thailand One Loft Race 2017 may contact the international representatives. The entry fee will be 125,00 EUR per bird or 625,00 EUR for a team of 6 pigeons. More details can be read at  http://www.thailandoneloftrace.com/ 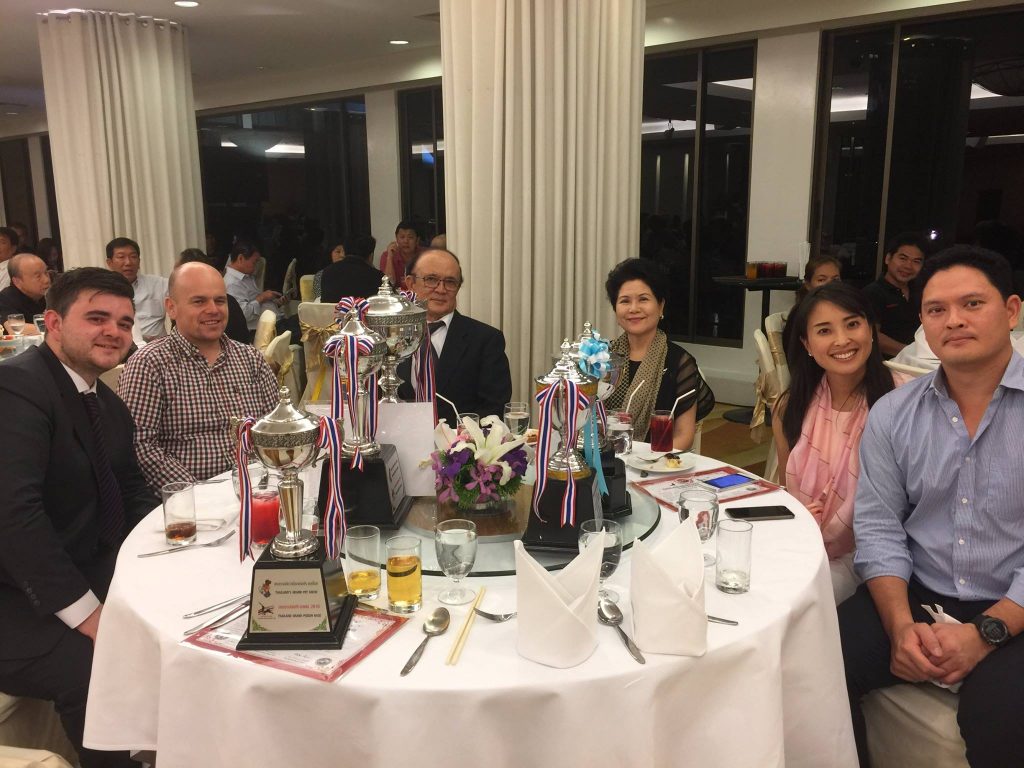 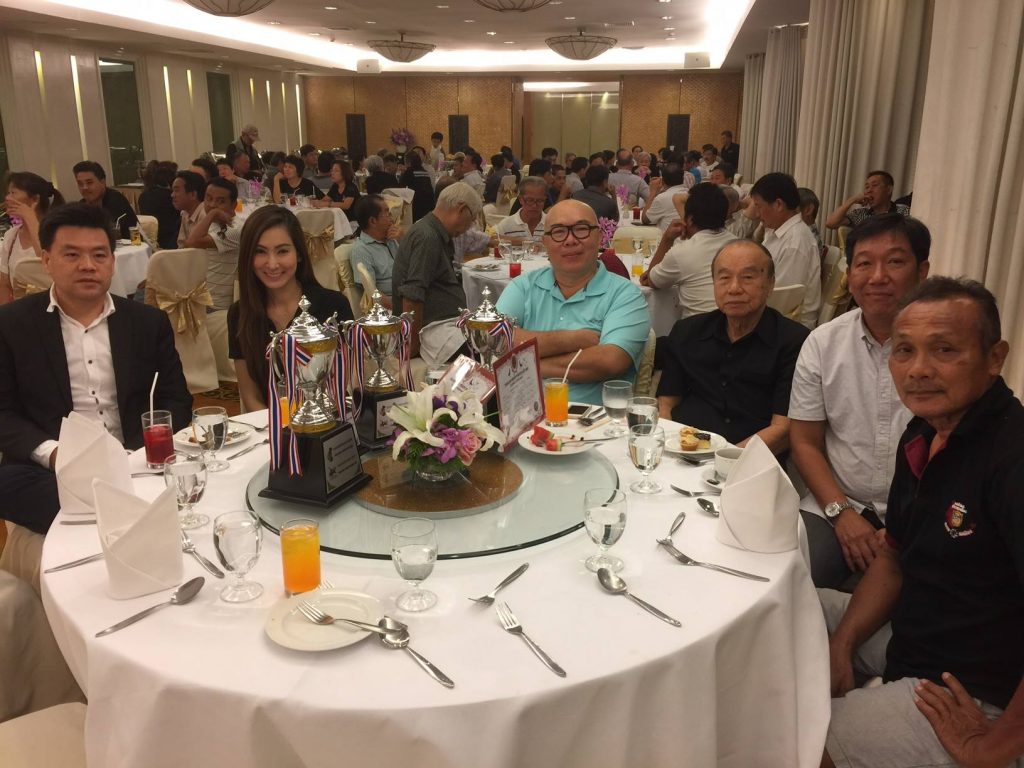